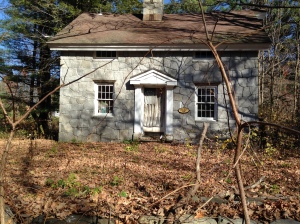 Many years ago, a manager and mentor encouraged me to read books authored by Ayn Rand. I got hooked. I read “We The Living,” “Anthem,” “The Fountainhead” and “Atlas Shrugged.” I never read anything before or since that struck me as that powerful, intense and thought-provoking.

For those not familiar with her work, Ayn Rand was a controversial writer who created characters that reflected her unique philosophy of Objectivism. When Rand was asked to explain the essence of her philosophy, she replied with the following words: Objective reality, reason, self-interest and capitalism.  She believed that the only function of government should be to protect individual rights, not to redistribute wealth. Although I may not agree with her thinking in its entirety, her writing does engender questions about how the world has changed and why.

“Atlas Shrugged,” published in 1957, was an astounding success. Intertwined with perspectives of good versus evil, money versus poverty, and excellence versus mediocrity, is an intriguing mystery. Leading innovators and industrialists keep disappearing, setting off a chain reaction of economic decline. Throughout the story, people ask, “Who is John Galt?”.

I don’t normally write about philosophy or politics. Frankly, I am not knowledgeable enough in either area to carry on an intelligent conversation, let alone defend a position. So why I am bringing this up?

I stumbled upon a house with a plaque affixed to the stone that reads, “John Galt 1797.” 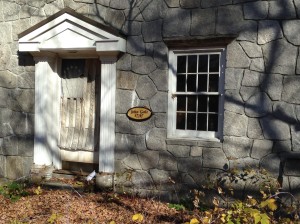 I don’t know anything about the home or the owner. I wonder if the owner is an Ayn Rand follower and installed the plaque to make a statement. Although the author died in 1982, her philosophy and teachings live on. On the Ayn Rand Institute website is a quote from the fictional character, John Galt:

By the grace of reality and the nature of life, man — every man — is
an end in himself, he exists for his own sake, and the achievement of his own happiness is his highest moral purpose.

Perhaps, coincidentally, the owner’s real name is John Galt. I am not even sure if anyone lives there at all. It remains a mystery, as though a novel has come to life.

5 thoughts on “The house of John Galt”