I’ve never been good at saying goodbye. From the time I was seven years old when my best friend and next-door neighbor moved away, I’ve had to say goodbye to someone close, more times than I care to count. It never got easier and I have always been uncomfortable with it. Never learned the right thing to say or to hold back the tears. Stupid, really. It’s not like they’re dying. Although relationships change with distance, with a little effort they can be maintained. But maybe that’s the key right there. It seems I have treated mobility like death.

Today I had to say goodbye to a colleague/ former manager who resigned for a career change. Earlier this year, my then current manager left as well, and I was heartbroken about that also. I have had the good fortune to work for some amazing people – those who practice management by removing obstacles to clear the path for success. In previous organizations, I reported to those who managed by Theory X, an authoritarian style based on the theory that people try to avoid work and need a heavy hand to be motivated. So when I say I have been lucky, I do have a basis for comparison.

At the farewell dinner last night, stories were shared around the table, one by one, and then it was my turn. Since I didn’t know this type of tribute would be orchestrated, I came unprepared. I am one that needs to prepare for everything, so I tried to take a pass. But the guest of honor was kind enough to share her own memory of a work experience we had, probably sensing my discomfort. Coincidentally, it was the same story I had in mind. It involved an unreasonably irate client and how she as my manager reacted not in crisis mode but in a supportive way, playing down the client’s dramatics rather than placing blame and rushing into damage control.

What I really wanted to tell her was how much I appreciated her support, guidance, sense of humor, empathy and humanity. Today was her last day, and I heard about notes people wrote and gifts she received. I kept wishing I had done something more than attending the dinner and contributing to a group gift. We hugged and said goodbye and I started to cry. At that point, the words would not come without tears, so it was too late.

My fingers on the keyboard work better than the tongue in my mouth. So if you are reading this, I want you to know that I am so glad to have had the privilege to work for you and have you voluntarily serve as my mentor, planting the seeds and expanding my horizons toward an opportunity I did not even know existed. Your talent, intelligence and ability to drive productivity without forgetting that we are all human is a uniquely special characteristic that you possess. Your popularity is a testament to how many others you have touched. Your new organization is lucky to have you on board and I envy your next corporate family. I wish you much continued and well-deserved success. That is what I wanted to say to you, but that ship has sailed. 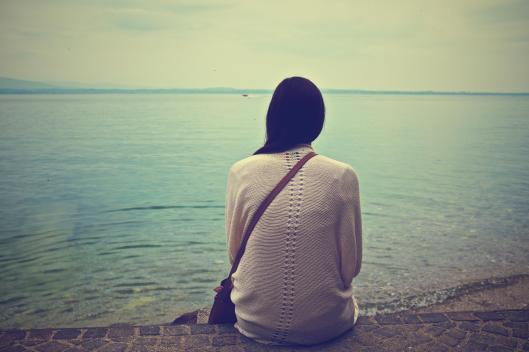 5 thoughts on “No good at saying goodbye”

Do not stray from what you want to say Cancel reply