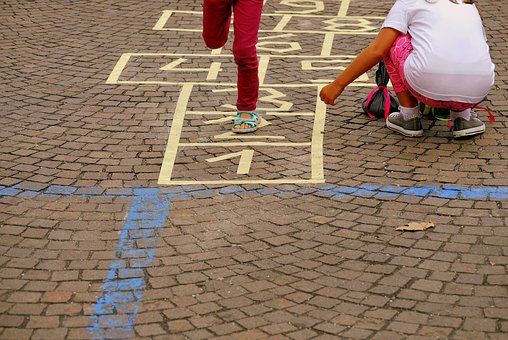 Watching NBC Nightly News tonight, I was introduced to the buddy bench. Perhaps you already know about it. Apparently, it’s been around for years. The concept tugged at my heartstrings, so I Googled it for more details. I learned that the idea originated in Germany, and a Pennsylvania student is credited with modeling it in the United States. The brainstorm caught on, and other schools followed suit.

Remember the new kid in elementary school or the lonely one at the playground who had trouble making friends? Imagine if the child could have had a way to communicate the longing for a playmate without being assertive. The buddy bench provides that safe haven. The designated bench is marked as such and painted in bright colors. Children learn to sit there if they feel isolated. Seeing that, kids on the playground run over to keep them company or invite them to join their group. It sounds too good to be true, yet there are reports of this working well in schools and playgrounds across the country.

The success of this simple but effective innovation is probably due to the fact that the children themselves promote it. We hear a lot about how youths can be cruel and how bullying is out of control, but where does that come from? Babies are born to love, and when they discover little ones like themselves, just watch their eyes light up! If that behavior is encouraged, then kids helping their peers only makes sense.

The buddy bench story is full of compassion and promise for the future of humanity. Watch this story and tell me if it warms your heart as well. How often can you say that about the evening news these days?

8 thoughts on “The buddy bench – what a concept!”